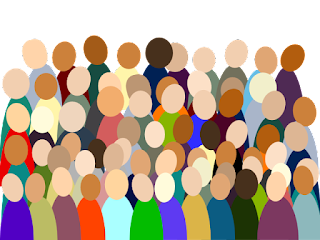 The strange myths and illogical beliefs around autism include﻿ verbal/non-verbal.  The idea that either we can totally not speak, or can always speak.  It's nonsense.

For a start, if we look in the DSM V diagnostic checklist for autism, speech, or lack of speech, isn't even part of autism now.  It's a different classification.

A number of autistic people, me included, also have speech and language difficulties of some sort.

Me, generalising....I could sometimes repeat individual words as a young child.  I could repeat individual phrases.  I learned to copy down words and phrases.  Eventually, I could piece together enough words and phrases to write stories.  I could sometimes read out words and sentences, without really understanding what it meant.  Mostly, if asked, I'd hide.  I could also attempt to say very short answers with others, e.g. yes, no, please, thank you.  But in any conversation, up to age 10, I was baffled.  And anxious.  And mostly non-verbal.

I would try to decode what the other person said.  My brain thinks in pictures, so I had to visualise it.  Then, I'd visualise my answer.  Then, my brain would have to try to find the right combination of words and phrases to respond. That took a long time.  Sometimes, nothing would happen - I'd go to talk, and there was no response from my body.  Or I'd say something garbled.  Or I'd say a response so late that it made no sense to anyone; the conversation had moved on.

People thought I was shy.  Or rude.  Or both.  I spent two years in a class in secondary school, and the teacher during Parent Evening had no idea I was one of his pupils.  He had never heard me speak.  I mostly didn't.  I was too anxious to attempt it, because it would go horribly wrong most of the time.


Some days, as an adult, I'm hardly verbal.   Even though I'm an extravert and love being with people, sometimes I cannot speak.  I can nod.  Maybe I can say the short word answers - yes, no, thanks, please.  Maybe I can think of some stock phrases to say.  (Hoping they're the right ones).

Other days, I can talk really well.

Much depends on how exhausted I am.  Whether I feel well.  Whether I've overloaded myself with sensory/social input.
Can I in theory ask for things in shops?  Yes.
Can I always ask for things in shops?  No.
Can I in theory explain an illness to a Doctor?  Yes.
Can I always explain an illness to a Doctor?  No.
So, am I verbal?  Am I non-verbal?  Yes.  It's a yes to both things.

I find workarounds.  Making sure I'm in a good sensory environment.  Resting before and after a speaking engagement.  Talking on subjects I know, where I already know what to say and how to say it.

Most people would never know of my struggles with language, because they are unaware of the absolutely huge effort I put into disguising it.

I wish more professionals would understand that autism is not a set of binaries; "high functioning/low functioning", "verbal/non-verbal".  Everything is a four-dimensional spectrum of abilities, which change over time and can vary day by day/hour by hour.

Be aware that some people - autistic or otherwise - will struggle with some speech ability.
Be cautious about picking on people to read something out, or contribute verbally.
Allow people to contribute in ways they can handle.  It might be sign language.  It might be written.
And, be aware that young people who are 'quiet' may actually be struggling to speak.


The picture shows a representation of a group of diverse people.  The ability to speak is just as diverse.