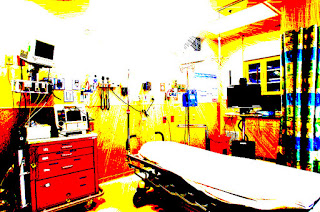 Ten Top Tips for Including Friends on the Autism Spectrum

We know that churches who welcome autistic people are often the ones who welcome everyone.  Those churches grow at four times the rate of others, on average.


Why the growth?  Because things that help the 1 in 30 on the autism spectrum will help nearly everyone else too, at almost no cost.  Also, because that warm welcome is the thing that makes the biggest difference.

1.         Autism summarised?  Generalising - autism is a brain design from birth. Males, female, young, old – so, it could be anyone.  Most are ‘invisible’ – you won’t realise they’re autistic. It’s nothing to do with ‘bad behaviour’ and ‘not caring’. Those were myths. Our brains are built for accuracy and specialist knowledge.  Not many are good at common sense or interpreting body language/voice tone.  People need to be really clear about what they mean, using words or visual support such as pictures/diagrams. Our brains take in too much info from sight, sound, smells, etc – it can be totally overwhelming.  Most need to rest in quietness a while to recover.  Can seem rude, but it’s not rudeness; it’s social ‘clumsiness’ and a need to be very accurate.  Some of us find it hard to recognise people from their faces. Most are wonderful, honest, caring friends, often gentle social campaigners.  Some also have other disabilities/conditions such as learning difficulties.


2.         Ask us what might help.  Be genuinely welcoming and including of us please.  Just tolerating us being in the space is hugely demoralising for us.  We have gifts to offer God, and want to be friends too.


3.         Check the lights in each room, especially fluorescent ones – any flickering ones?  Please replace them.  Fluorescent lights are like a strobe light to a good number of us.


4.         Noise levels.  Is there anything involving sudden loud noise in today’s service/meeting?  Please let us know, where possible. Noise cancelling headphones can help.  Quite cheap to buy.  Or earplugs.


5.         The building.  Advance info  - where is the service/event, where’s the parking, where’s the nearest loo, where can I sit?  This is vital for most, so we can plan how to avoid sensory hazards. A simple website or blog can help. Or a quick email.


6.         The Order of service – really clear instructions help. Everyone else might know that we stand during prayer A and sit immediately afterwards, but autistic people aren’t good at copying other people and can feel hugely embarrassed when we’re the only ones still standing.  Please say, or write it in the service sheet perhaps.


7.         We are very literal, and our minds may see pictures, not words.  If you need to use complicated language, please explain somehow also.  Some of us use iPads or similar to help access useful tips and help us communicate.  Be aware. Be Clear and Accurate.  If you say you’ll do something, please do it.  Or let us know that you can’t


8.         Physical events e.g. shaking hands?  Hugging?   Please warn us what will happen, and ask consent.  Don’t think we’re rude if we can’t do it because of sensory pain.  Many of us love a safe hug from a trusted person in an event, but  go slowly and with consent.


9.         Rest area – somewhere quiet to go if we need to, please.  Or don’t worry if we wander outside for a while. The overload from socialising and sensory input causes real brain overheating, and it needs to find time to cool its wiring again.


10.      Socialising.  Be aware we find it difficult and exhausting as we cannot ‘see’ or hear you that well.  Our body language can be different to yours, and we may not make eye contact.  Please don’t think we’re rude. Sitting next to us is better than facing us, generally.


Read http://autismandchristianity.org/ as a starting point
Posted by Ann Memmott at 08:07