Driving Whilst Autistic - The Research 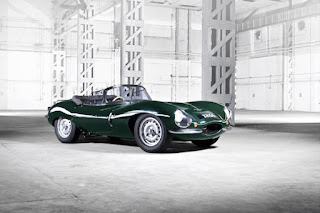 Here in the UK, we have been having an interesting set of discussions with the Government driving authority, the DVLA.  There was input from various Police Officers, the National Autistic Society, GPs and other interested parties.  The subject - whether it's compulsory to notify the Government that we're autistic, and get a medical professional to confirm we're safe...when we're already assessed and passed as competent drivers. The subject is raised often for discussion by the DVLA's Panel of Experts, so it is important to be clear about what autism is, and is not.

Let us remember that most autistic people wishing to drive make a choice to have driving lessons, where a highly qualified driving instructor already assesses our competence.

We also have to pass the same tests as everyone else, on eyesight, on knowledge, and on practical skills behind the wheel.  These tests are taking by highly qualified examiners, who test every aspect of competence.  100% of autistic licensed drivers were autistic when they took  - and passed - their test.  It's a lifelong neurodiversity, not a sudden health condition.  Not a mental illness/ 'psychiatric disorder'.  That's a fact, not a judgement of mental health conditions.  See the National Autistic Society for details, for example.

Apparently, someone has told the DVLA that autistic people may be more likely to have driving problems than others.

Aside from the illogic of assuming that this would only be apparent after we've passed a test showing we're competent, let's have a romp through the research on this subject.  Brace yourselves and buckle up, my lovelies, because this is going to be a rough journey.

First up, the paper by Haley Bishop and colleagues, published 2018.  They reviewed whatever competent papers they could find on the subject of autism and driving.

We know that much of what we 'knew' about autism, historically, has turned out to be rubbish, and therefore materials from the last few years are the relevant ones.

Brooks et al. 2016. Minimal performance differences were observed between autistic and non-autistic participants, but using a driving simulator again, not real life driving. Only 10 autistic people. Nothing of danger here then, but sample very small. https://link.springer.com/article/10.1007%2Fs10803-016-2775-8

Patrick et.al. (2018) which looked at 50 autistic young people, compared to 50 controls (assumed non-autistic). Average age 20ish (so cannot say anything about older drivers and their competence when learning or driving after passing a test). Only 8 autistic females tested.  The test wasn't of driving at all, but of operating a simulator, probably under flickering fluorescent lighting.  Of the 50 autistic drivers, 16 also had a diagnosis of ADHD, whereas the control group only had four with an ADHD diagnosis.  19 in the autism arm were on stimulant medication and 24 on psychotropic medication, whereas numbers for the control arm were 3 and 3 respectively.  Use of medication and presence of other diagnoses may impact on driving ability, and this does not seem to be controlled for the study.  Only 15 in the autism arm had a driver’s permit (licence). 22 in the autism arm. The autistic drivers with no permit had only about 1 hr of driving experience compared to 9 for those in the control arm. The autistic drivers with permits had driven for around a year less than those in the control arm.  This is woeful research, and yet the DVLA were considering it when making directions around autism and driving. (DVLA Panel Minutes of 20 March 2019) https://cdn.journals.lww.com/jrnldbp/Abstract/2018/08000/Driving_Comparisons_Between_Young_Adults_with.1.aspx

Reimer et al. 2013 looked at 10 young autistic males, and used a computer simulator, not real driving. Results: "The community controls and HF-ASD groups did not statistically differ in performance...
Two HF-ASD participants and two community control participants were involved in a collision while driving the simulated highway. The difference in speed from the posted limit and standard deviation of lane position did not vary by or interacted with environment, period, or HF-ASD status." In other words, both autistic and non-autistic people were similar in driving skills.
https://link.springer.com/article/10.1007/s10803-013-1764-4

Sheppard et al. 2017 looked at 18 male autistic adults, age about 19, and noticed that slower reaction speed in viewing a video on a computer (not actually driving) was related in part to verbal IQ, not autism. None actually had a driving licence. "...there is no particular reason to predict that task performance would differ for females", they state, basing this on no research at all.  https://link.springer.com/article/10.1007/s10803-016-2965-4

We have had concerns about 'executive function'  - the ability to plan and do something.  But the most recent research shows that autistic adults have practised tasks well enough that this isn't any more of a problem, generally, than for any other adult group.

The research on ADHD, a group also affected by DVLA random rule changes, seems no better.  For example Aduen et al. (2018) who put drivers with ADHD into their own cars, equipped with monitoring technology, and counted how many accidents they had. Then compared that to non-ADHD drivers, also in their own cars, also monitored.  Except...the drivers with an ADHD diagnosis were generally younger, with less education, less overall driving experience, less money to buy a car that had anti-crash technology in it.  They were not comparing like for like.  They hadn't even considered that the car was an independent variable.

Back to autism, where Chee et al (published 2019 in Disability & Rehabilitation) looked at 17 autistic drivers, of which one was female. (I'll let you think about that...).  https://www.tandfonline.com/doi/abs/10.1080/09638288.2017.1370498 All were put into a driving simulator.  The autistic drivers had on average 500 hours less driving experience than the non-autistic participants, but the researchers decided that greater error rates were because of autism.  Autistic people were better at not tailgating, but this was framed as a potential deficit of our spatial awareness.  What is this stuff?

Well.  Mmm.  Older drivers? No.  Experienced drivers? No.  Women drivers?  No.  In fact, no thought at all to the usual groupings of any kind. Yet, the average age for starting to drive is now 26, according to this study.  What is the purpose of only researching those younger than the average, one wonders?  https://www.journalism.co.uk/press-releases/average-age-to-start-driving-now-26-as-younger-adults-put-off-learning-and-car-buying-/s66/a657725/

Most autistic people are adults.  Most are over age 30.  Around half are not male.  Many are from minority ethnic groups, or the Professions.  Some are serving Police, Fire Crew, Ambulance and Paramedic staff.  Doctors, Nurses, professionals of every kind.  Where is the evidence of incompetent driving for those latter groups? There is none.

The new report from the Royal College of Psychiatrists at https://www.rcpsych.ac.uk/improving-care/campaigning-for-better-mental-health-policy/college-reports/2020-college-reports/cr228  clearly says, ".. It is recognised now that most autistic people are adult, do not have an intellectual disability and are likely to be undiagnosed.."  We really haven't found many of the autistic people yet, but we think we know all about them and their capabilities.
Do you understand how depressing it is to be in a world where this research passes as 'evidence' of anything at all?

Our young people deserve a future where their competence is taken as seriously as it is for everyone else.

If they pass a test, they have been assessed as competent.  If that test does not test for competence, improve the test.  Do not punish those taking it.

After hard campaigning and shocked outrage in the UK, the DVLA changed its guidance back to a need to report only 'if it affects your driving', and issued an apology.  This is good.

But...the episode has left behind a trail of damage.  Autistic people who had been shocked and afraid.  Afraid of losing their car, their freedom, their jobs.  Afraid of going forward for support or diagnosis in case someone did indeed remove their licence for Driving Whilst Autistic.  After all, if they are not diagnosed, they wouldn't have had to report in to the DVLA.  All of this happened, it seems, on sheer misunderstanding.  That is an error we cannot afford.

Any Panel meeting to discuss such a life-changing, financially devastating move should convene only with the finest and best members & facts.  Openly and transparently.

There should be:
Evidence heard directly from those affected, in ways that enable, without exhaustion.  Research commissioned from those with a good modern understanding of autism, using a participatory model that fully involves autistic professionals and colleagues in its inception, methods and implementation.
At meetings, the top specialists from affirming and enabling charities and groups, with many autistic specialists amongst them.

Similar Panel aims should happen for any other affected group such as ADHD, of course.

The autistic communities have had quite enough of having things taken away from us, and quite enough of meetings about our lives being held without reference to us.  It is really not OK.  We need better than groups whose only experience of autism may have been to watch Rain Man, or meet one of us in a prison.

Meantime, lovely autistic people, continue to drive safely and wonderfully. Do follow legal requirements at all times.  Just like you already do.

Or, if you don't feel driving is for you/something you can do safely, take full advantage of whatever other means of transport exist.  Just like you already do.